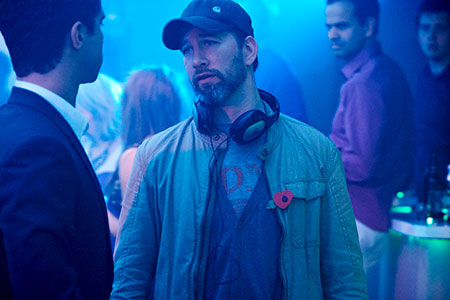 Behind the Scenes of Property of the State 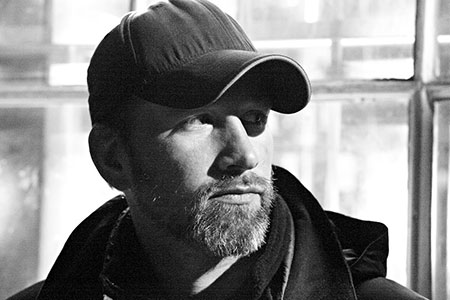 What projects have you been working on and any upcoming "teasers" you'd be willing to share?

I have been in development on a comedy called SKYE set on the Isle of Skye in Scotland. It's a Christmas Faerie Tale about Life, Love and Birth. This magical story centres around a long running family feud and then journey to find one's self. On this journey we enter into the realm of fairies and other mythical creatures of Scottish folklore. There's a fair amount of singing throughout so it's different to what I have done before, but I'm really looking forward to the challenge ahead.

Your must see films for 2018 or any filmmakers to watch?

Who is your favorite Director (aside from yourself)?

I don't have a favorite Director, because I respect and enjoy the works of so many. Though of the Director's working today there are four or five that are game changers in our industry and I eagerly look out for their films. These are pretty obvious but for good reason, Spielberg, Tarantino, Fincher and Nolan.

What is your favorite season (weather) to shoot in or favorite genre that you like to work with?

I love the look of snow and rain on film, but as an independent film-maker working with limited budgets, you want to make your life as easy as you can while in production so I avoid shooting on location from mid-autumn to early spring. Winter weather can be recreated to a very good standard. However vegetation such as leaves on trees can offer you problems. I would much rather that issue than having a lack of sunlight. In the UK and Ireland I plan most of my productions to be filmed in the Summer months when we have very long days as opposed to eight, even down to six and a half hours of daylight in the winter months.

I really enjoy getting my audience emotionally involved, to laugh, cry, even jump with fright, so I think I'm fortunate that I have not pigeon-holed myself to one particular genre. I started with a comedy-horror, next was a psychological thriller and a drama followed. What I do tend to have is the same centralized theme that runs through all my films from the features to my shorts of all genres. And that is a character finds themselves in a situation, of no real fault of their own and then having to get themselves out of it to survive.

What advice do you give to up-and-coming indie filmmakers?

Believe in yourself. Believe in your story. Don't give up. But make sure you've got the best story to tell. It's so obvious but you can only make a good film from a good story! You'll then face many challenges not least of all, rejection. People fall to the wayside and give up at this point, but if you believe in yourself, you'll believe in your story. So keep going. No matter how many closed doors you come to, believe there's an audience that will want to see your story, keep knocking away and you will succeed. And once there, enjoy it.

A tip, the more work you do at the Development stage, the more confident you'll feel once in production, and it'll make for a far more enjoyable experience. I really go to town prepping a project, I'll mood-board everything in the screenplay, all main characters from their costumes, hair, make-up, and all production design from décor to props to action vehicles. I'll put together initial concept designs with my project vision, including the possible locations. I'll go as far as writing up an initial shot-list and also making storyboards for all VFX and stunt sequences, although this will probably change in pre-production after conversations with my DoP and VFX Supervisor but I'll feel ahead of the game. Music is so vital in a film, so my composer is generally one of the first people I talk with. We discuss the ideas for a score and if I have a popular track or two in mind, I may want to consider purchasing it early on; I learned this the hard way on a project, by the time we got to post there was not enough money to purchase the tracks I wanted due to an issue during production.

And finally it's known 'luck' helps, so good luck!

Check out Kit's latest Award Winning project, Property of the State now available to buy or rent on Amazon Prime.