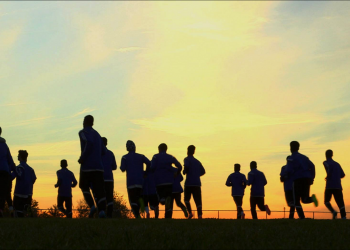 Auburn, Maine - The Emerge Film Festival, which will host its third annual festival April 28-May 1, 2016 at venues throughout Lewiston and Auburn, Maine has announced its official selections for the 2016 event. Attendees will have the chance to view over 35 short, documentary and feature films from across Maine, the U.S. and the world.

“Some of the world’s top festivals are represented by the movies that will be screened at Emerge,” said Jon Cavallero, who teaches Film and Television Studies at Bates College and was a member of the Programming Committee. “Not only will attendees continue to see films by Maine filmmakers, but they’ll also get to see titles that premiered at Sundance, South by Southwest, and the Toronto International Film Festival, that were official selections at Cannes and Telluride, Slamdance and Mill Valley, and that won awards at South by Southwest and AFI Docs. I’m really proud of what we have programmed for this year and I think audiences will love it.”

Emerge 2016 includes films about Australian athletes and Senegalese filmmakers; movies made by Maine natives (one as young as nine-years-old), Edward Little High School and Bates College alums, and visiting Bates professors. There are horror films and comedies, dramas and documentaries. Film-goers can learn about graffiti on trains or independent film distribution, an arson fire in New Orleans that targeted a gay bar in the 1970s or a soccer team in Lewiston that won a state championship this past fall. One can take in an animated film or an independent movie about a gay radio host in Buffalo. Or learn about a children’s orchestra from Paraguay, a theater group in Boston, an alternative high school in California, or a story of gay Muslim teenagers in New York City. And if stars are their thing, then film-lovers should prepare, because Emerge will include movies that feature Taylor Schilling; Aiden Quinn; Michaela Conlin and Brian Klugman of Bones; Adrienne Palicki from Marvel’s Agents of Shield; William Shatner; Cloris Leachman; Dennis Haysbert; Kevin Smith; Edward Burns; and Kelsey Grammar…even Bradley Cooper and Jessica Alba are in the mix.

“We went from over 2,300 submissions and have narrowed it down to these thirty-five plus,” said Managing Director, Jennifer Smith. “It was not easy, but we are thrilled with our final line-up of films and we know there is something here for everyone.”

The 2016 Emerge Film Festival will kick off on Thursday, April 28, from 5-7 p.m. with an opening reception at the Woman’s Literary Union in Auburn, followed by a screening of the Maine-made film, Neptune, which recently made waves in Park City at the Slamdance Film Festival. Director Derek Kimball, producer Allen Baldwin and star, Jane Ackerman, will all be in attendance for the film screening taking place at 7:30 at the Community Little Theatre in Auburn.

Film screenings will continue on Friday with several films showing from 10 a.m. to 5 p.m. at Bates College venues including 104 Olin Arts Center and Schaeffer Theatre. In keeping with the Festival’s educational mission, Friday’s programming will include the festival’s Emerging Filmmaker presentation, a collection of short films from college students from around the U.S. And, Emerge’s visiting filmmakers will again be visiting half a dozen local high schools to talk about their filmmaking experience.

On Friday night, the community will have the first chance to take in the Maine-made film making waves here in Lewiston-Auburn and around the U.S. with the Director’s Cut of One Team: The Story of the Lewiston High School Blue Devils. The film, which tells the story of the state championship-winning LHS boys’ soccer team comprised of students from six different countries, made national headlines when the trailer was released in late 2015. The screening of One Team will begin at 8 p.m. at the Franco Center Performance Hall and will be followed by a “One Community” party in the Franco Center Heritage Hall.

Saturday evening’s programming will conclude with the Annual EFFy Awards show at the Agora Grand Event Center in Lewiston.

Sunday’s program will include a “Best of” block with a presentation including a small group of EFFy award-winning films.

The full list of 2016 Emerge Film Festival selections is below. More details on each film can be found on the festival’s newly redesigned website, www.emergefilmfestival.org. A full schedule will be announced at a later date.